BC’s Strata Property Act, which governs condominiums in that Province, makes it mandatory for each strata corporation to obtain $2,000,000.00 of property damage and bodily injury liability insurance. Section 155 of the Act goes on to provide:

The Act is silent as to the terms of coverage for such “owners, tenants and occupants”. Is it supposed to be the same coverage as for the strata corporation i.e. very broad coverage for property damage and bodily injury claims? Or can it be much more narrow, maybe so narrow as to be non-existent?

The vast majority of strata lot owners, tenants and occupants are completely ignorant of the insurance coverage mandated by the Act. So too, rather surprisingly, are a great many strata corporations, property managers, insurance brokers and underwriters. A few underwriters have actually modified or manuscripted standard CGL wordings to specifically address the nature and extent of coverage afforded in a Strata context. However, many underwriters have not done this and it is extremely common for the liability insurance issued to a strata corporation to simply comprise a standard CGL policy without modification.

The Supreme Court of British Columbia has now issued a decision regarding the “reach” of coverage under a strata’s policy for owners, tenants and occupants of strata lots. The decision which, will probably be appealed, is likely to be controversial.

In Economical Mutual Insurance Company v. Aviva Insurance Company of Canada, 2010 BCSC 783, the owner of a strata townhouse, Mr. Rattan, found himself sued for what is commonly known as “social host liability”. A car accident occurred involving an allegedly drunk driver who had attended a party at Mr. Rattan’s townhouse. The injuries were catastrophic and Mr. Rattan found himself confronting a lawsuit for amounts that far exceeded the liability coverage available under his homeowners insurance issued by Economical Mutual.

Economical Mutual honoured it’s coverage obligations to Mr. Rattan and stepped up to defend the claim against him (given the current state of the law regarding social host liability in Canada, Mr. Rattan could well have no liability at all).

Aviva Insurance had issued a standard CGL policy to Mr. Rattan’s strata corporation. The policy wording had not been modified in any way to expressly address the nature and extent of coverage for owners, tenants and occupants of the strata lots … indeed the policy was completely silent on this point.

Economical Mutual took the position that the Aviva CGL policy, whose limits far exceeded the Economical policy limits, provided primary coverage to Mr. Rattan for the liability claim and they issued Petition proceedings against Aviva Insurance seeking a court declaration affirming coverage and requiring Aviva to assume the defence of the claim.

Economical Mutual argued that Mr. Rattan, as an owner of a strata lot, was entitled to the same broad coverage as the strata corporation “despite [any] terms of the insurance policy [to the contrary]”. Aviva, on the other hand, argued that although Mr. Rattan was indeed insured under their policy by virtue of the Act, he was subject to the terms and limitations of the policy wording that was issued, chief among which was the “Who Is An Insured” clause which provided:

“Section II Who Is An Insured

1. If you are designated in the Declarations as:

Aviva argued that Mr. Rattan was only insured under their policy “with respect to the conduct of the business of which he was the sole owner” and since there was no such claim being made, the Aviva policy did not have to respond to the social host liability lawsuit.

The court accepted Aviva’s argument and dismissed the Economical petition. The court held:

“The policy provides only the coverage that the insurer has agreed to provide. If the coverage … is inadequate, or not in compliance with a requirement imposed by the Strata Property Act, that is an issue between the strata corporation and Mr. Rattan as an owner and does not impose a duty to defend [or any other coverage obligations] on Aviva.”

The court noted that the strata corporation board members were responsible for ensuring compliance with the Strata Property Act‘s provisions respecting insurance and stated “their omission to fulfil their duties owed to anyone including Mr. Rattan as one of it’s members, may give rise to a claim against them”. But those shortcomings were not Aviva’s problem and, “to the extent that it is deficient, the contract of insurance cannot be varied or amended [by the court] to ensure that it complies with the Act”.

The court made no mention of an earlier BC Supreme Court ruling in Ghag Enterprises Ltd. v. Strata Corporation K-68 (1992) which extended liability coverage to a strata lot tenant for an injury accident on limited common property. There the provision mandating insurance for a tenant of the condo was sufficient to find coverage.

There are other implications arising from the ruling which may also be a little startling for some, at least insofar as a standard unmodified CGL wording is concerned, e.g.:

It remains to be seen whether the decision in Economical Mutual Insurance v. Aviva Insurance will be appealed. In the meantime, if they wish to avoid liability claims against them, council members, insurance brokers and property managers of strata corporations would be wise to expressly address the extent of liability coverage that is considered desirable or appropriate under the strata corporation’s policy for owners, tenants and occupants and to manuscript wordings accordingly. 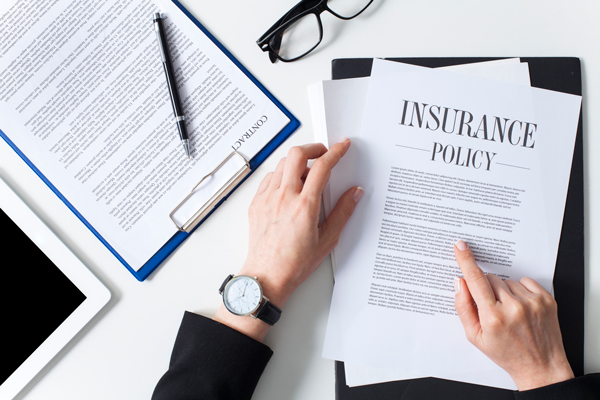