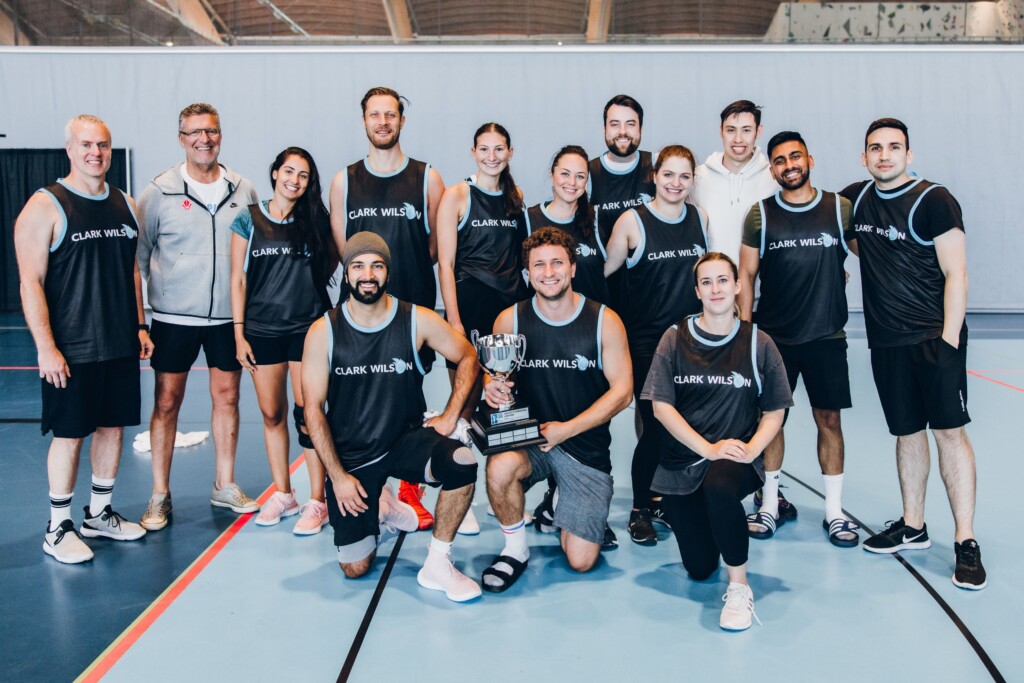 This past weekend, Clark Wilson took to the court by participating in the Hoop-Law Basketball Tournament, which was held at the Richmond Olympic Oval. The tournament was a huge success with 29 teams participating and a record amount of money raised for charity. Clark Wilson entered two teams, one in the recreational division and another in the competitive division – and also won the award for “highest fundraising law firm”, with all proceeds going to The Children’s Hearing and Speech Centre of BC, Night Hoops, Aboriginal Hippy and the Rotary Club. For more info or to donate, click here.