As we all know, there are almost always changes to the work during construction. If not handled properly, these changes can and will lead to disputes between the Owner and the Contractor. The purpose of this article is to assist you in understanding how the CCDC 2 provides for changes in the work, and to draw your attention to three issues which are not specifically addressed in the CCDC 2, but which you may wish to address in your pre-contract discussions and in your Supplementary Conditions.

The starting point for addressing changes to the work is knowing the precise scope of work. It is critical that the contract clearly sets out what work is expected of the Contractor and what the timeframe for the work will be.

No matter what precautions are taken, however, changes will inevitably occur on a project. General Condition (“GC”) 6.1 is the provision in the CCDC 2 which allows the Owner to make changes in the work, either through a Change Order or a Change Directive.

GC 6.2 addresses Change Orders. A Change Order is made where the parties agree to the amount of the adjustment required. For Change Orders, the Owner, through its Consultant, advises the Contractor in writing that a change is required. The Contractor then presents its proposal to address the change in terms of time and cost. If the Owner accepts that proposal, or the parties negotiate an agreement for the proposed change, then a Change Order is issued, which all parties are expected to sign. The work, timeframe, and value as set out in the original contract is thereby modified by the signed Change Order. I say “expected” to sign because on a busy project, change orders are sometimes left unsigned by one or more of the parties, even though they agree to the adjustment in contract time and cost. Parties should try to ensure Change Orders are properly executed in order to avoid ambiguity and, potentially, a dispute on a later date.

GC 6.4 addresses concealed or unknown conditions. Where one party discovers subsurface or otherwise concealed physical conditions (which existed before the work started), it must notify the other party in writing within five working days. The Consultant then must investigate the conditions, and determine whether or not they are “materially” different than originally believed to be the case, therefore causing an increase in cost or an extension of time to complete the work. In cases where the conditions are “materially” different, a Change Order or Change Directive will be issued, following the procedures outlined above.

Delay is an issue which also often arises during construction. As you know, delay can lead to significantly increased costs. CCDC 2 does address delay, at GC 6.5. Different causes of delay are addressed differently. For example, GC 6.5.1 provides that if the Contractor is delayed in the performance of its work, through the fault of the Owner or someone for whom the Owner is responsible, then the Contractor is entitled to “reasonable costs incurred” as a result of that delay, as well as an extension of time to complete its work. Other causes for delay addressed by GC 6.5 are: stop work orders issued by Courts or public authorities (GC 6.5.2), and circumstances beyond the Contractor’s control, such as strikes and fires (GC 6.5.3).

While CCDC 2 does address issues relating to changes in the work, it does not address all issues which can arise. Below are three issues which can be encountered by the parties to the CCDC 2 when seeking or authorizing changes, and which are not addressed by CCDC 2. We make suggestions to address each of these issues.

Valuing Change Orders As noted above, Change Orders are addressed in GC 6.2. GC 6.2 does not set out any agreed upon method of valuing the change required. Given that there may be a short time within which a Change Order must be reached in order that the construction schedule not be compromised, we recommend that the parties agree before the contract is signed on a method of calculating changes. The parties then set out this method in the Supplementary Conditions, and they form part of the contract.

Examples of methods of evaluating include unit prices, costs and fixed or percentage fee, and estimate and acceptance of a lump sum, subject to provision of supporting documentation. There are other methods which may be more appropriate to the circumstances of your particular contract.

Costs of Delay Delay is addressed in GC 6.5. We recommend that the parties address the categories of costs to which a Contractor would be entitled in these circumstances as set out in GC 6.5.2 and 6.5.3. For example, many contracts contain a Supplementary Condition that the Contractor’s costs are limited to reimbursement of direct out of pocket expenses incurred by the Contractor that are established to have been caused by the fault of the Owner. Again, the time to discuss and agree to these categories is before the contract has been signed. Additionally, it is important to clarify events causing delay which are caused by the Contractor, those caused by the Owner, and those which are ‘excusable’ or at the fault of neither party.

As you see, there are numerous issues which may arise when changes in the work are necessary. The CCDC 2 does provide methods of addressing many of the issues, but there are some issues which ought to be addressed by way of Supplementary Conditions. The best advice we can provide to assist you in avoiding disputes over changes is to discuss and agree upon how changes will be addressed during construction, and then address each change as it arises. Leaving the value and time implications of a number of changes to the end of construction will increase the likelihood of litigation. 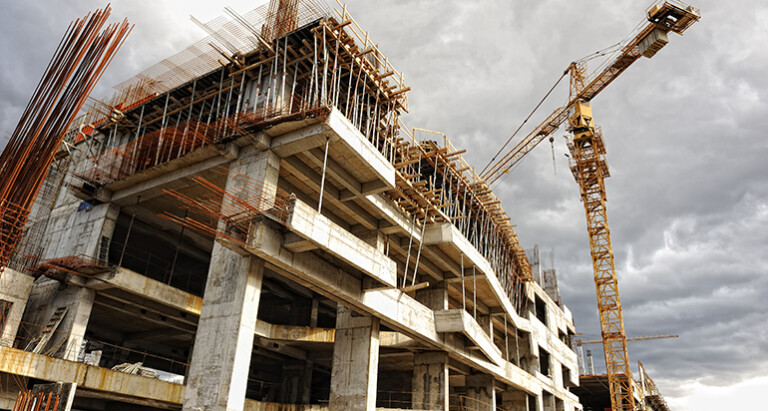