An employee who has been wrongfully dismissed is subject to a common law duty to mitigate his or her loss of income by making reasonable efforts to find a new position. However, even if the employee has mitigated to the point that the employee has suffered no financial loss, a recent decision confirms that the employer may still have some liability to an employee for nominal damages for breach of contract (as well as the employee’s court costs associated with proving the wrongful termination!) And, to further complicate the concept of mitigation, the failure on the part of the employee to mitigate does not entitle an employer to stop making severance payments under a settlement agreement unless the agreement specifically gives the employer that right. These twists on the duty to mitigate were addressed by the BC Courts in the decisions of Davidson v. Tahtsa Timber Ltd. and Nelson v. Aker Kvaerner Canada Inc.

This decision from late last year considered whether an employee, who was found by the Court to have not suffered a loss of income, was still entitled to an award of damages as a result of a wrongful termination. Thomas Davidson had been a 12-year employee of Tahtsa Timber Ltd. when he was dismissed following his failure to own up to driving a truck into a wall at the workplace. Tahtsa dismissed Mr. Davidson for “cause”, on the basis that his lie regarding the accident breached a fundamental term of the employment. After his termination, Mr. Davidson, a truck driver, was able to secure a new position almost immediately and his new income was more than he had been receiving at Tahtsa. Nonetheless, Mr. Davidson commenced an action for wrongful dismissal, claiming he was entitled to receive compensation for the income he would have received in respect of a 10 month notice period.

At the trial of Mr. Nelson’s claim, the Court held that that Mr. Davidson’s dishonesty regarding the circumstances surrounding the truck accident did not amount to “just cause” and that he had been wrongfully dismissed. The Court then found that the 10 month notice period proposed by Mr. Davidson was reasonable. However, the Court concluded that, given that his new position paid more than his old one, Mr. Davidson had suffered no financial loss and the claim should therefore be dismissed, leaving Mr. Davidson liable to Tahtsa for court costs.

Mr. Davidson appealed the trial decision to the BC Court of Appeal, claiming that the trial judge had incorrectly concluded that he had suffered no loss of income as a result of the termination, an argument that was rejected by the appeal court. The second ground of appeal related to the dismissal of Mr. Davidson’s claim because of the trial judge’s finding that he had fully mitigated his loss by finding a new and better paid position. At the appeal hearing, Mr. Davidson’s counsel candidly admitted that the motivation for the second ground of the appeal was the costs award made against Mr. Davidson.

In considering Mr. Davidson’s alternate appeal argument, the Court of Appeal noted that Mr. Davidson had proven his cause of action against Tahtsa – namely that Tahtsa had failed to provide reasonable notice when it terminated Mr. Davidson. While the trial judge found that the absence of a loss arising from the termination warranted a dismissal of the case, the appeal court held that the appropriate remedy in the circumstances was instead an award of nominal damages. An award of nominal damages is a token award made by the Court to acknowledge that a wrong has been done but no harm has been suffered as a result of the breach. The Court made this ruling because the existence of a “loss” is not a precondition to proving a claim for wrongful dismissal. Instead, the loss that an employee suffers following a termination is relevant only to the determination of the employee’s remedy as a result of the employer’s breach.

In keeping with its finding that an award of nominal damages was the appropriate remedy, the Court of Appeal held that Mr. Davidson was entitled to damages of $100 with respect to Tahtsa’s breach. The Court further held that, as Mr. Davidson had not launched a lawsuit simply seeking an award of nominal damages as acknowledgement of the wrong done to him, he was also entitled to receive his costs against Tahtsa at the BC Supreme Court. The Court made no award of costs for the appeal.

The result in this case was no doubt a surprising one for the employer. What can other employers take from this decision? If an employer is advancing a defence to a claim for wrongful dismissal based on the fact the employee has not suffered a loss of income, the employer should consider the possibility of “nominal damages” being awarded by the Court and make a formal settlement offer that takes that risk into account. Doing so may minimize the risk to the employer of an award of costs being made to compensate the employee for a finding that the employer breached the employee’s legal right not to be dismissed without notice.

This 2007 decision also resulted in a surprise for the employer with respect to the duty to mitigate. At the time of his termination, Mr. Nelson was the company’s president, having been employed various management and executive level positions during his 17 year tenure with Aker Kvaerner. In 2005, the company terminated Mr. Nelson on a “without cause” basis. Negotiations between the parties ultimately culminated in a severance agreement that provided for a 17-month salary continuance period. The material provisions of the agreement regarding the salary continuance stated:

The salary and pro-rated … bonus payments during the Salary Continuance Period will, subject to all necessary statutory deductions, be deposited as per present arrangements or amended arrangements agreed between us. You agree to immediately notify the Company upon being employed or being engaged in other gainful employment, including self-employment, and will provide reasonable and regular reports of your job search and employment efforts.

After the severance agreement was negotiated, Mr. Nelson and his wife decided to do some travelling and then to permanently relocate to New Zealand, where both had been born. This period of travel and relocation lasted approximately 5 1/2 months. Once settled in New Zealand, Mr. Nelson started to look for new positions, initially on his own but, after a demand from Aker Kvaerner, he started to utilize the services of an executive search firm. His efforts yielded limited employment opportunities at the senior executive level in New Zealand. The company, unhappy with Mr. Nelson’s efforts to find new employment, took the position that Mr. Nelson was in breach of the severance agreement and ceased making payments pursuant to the agreement.

Although the agreement did not contain a provision expressly stating that Mr. Nelson was under a duty to mitigate (i.e. look for new employment), the Court held that the provisions dealing with Mr. Nelson’s notification and reporting obligations regarding a new position required him to undertake a job search during the 17-month severance period. However, the Court further held that Mr. Nelson’s efforts to find a new position met the duty to mitigate imposed on him under the severance agreement, nothing that:

Even if the Court had concluded that Mr. Nelson had breached the duty to mitigate, the Court would have ruled against the company with respect to its decision to cut off severance payments:

I find it surprising that in the face of a negotiated provision that would require the defendant to pay Mr. Nelson one-half of his salary for the remainder of the 17 month Salary Continuation Period if he obtained alternate employment, the defendant would assert the right to wholly discontinue any payments of either Mr. Nelson’s salary or … bonus plan entitlement by reason of alleged job search or reporting deficiencies. That is especially so when Mr. Nelson immediately complied with Mr. Kemper’s requests that he provide monthly reports as well as Mr. Kemper’s belated request to engage a headhunting firm to assist in a job search. 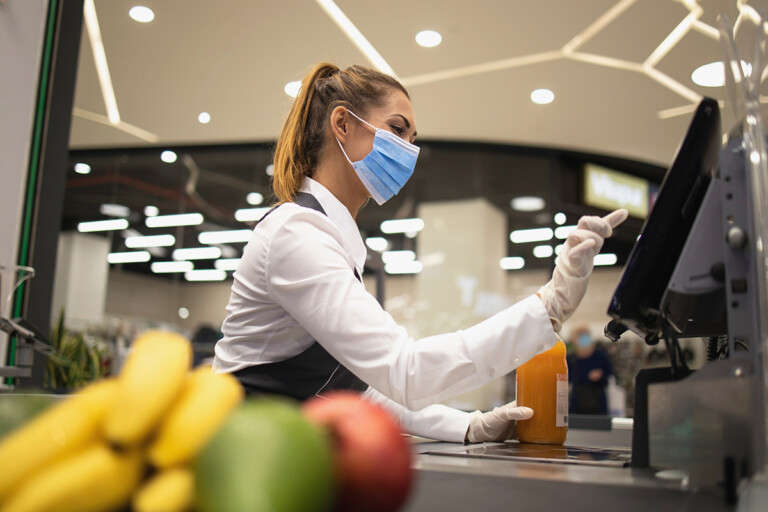