There were a number of court decisions addressing claims of builders lien which were released in 2008. If the current economic climate continues, we can expect to see many more in 2009. This means that sections of the Builders Lien Act (“BLA”) which have not yet been judicially considered may come before the courts, and earlier decisions may be revisited and refined. In the cases summarized below, we see detailed consideration of the deemed abandonment provision, the effect of the statutory trust created in the holdback account, and the proper test to determine the amount of security to be posted in a s. 24 application.

McManamna v. Chorus 2008 BCCA 471 addresses the deemed abandonment provision set out in the BLA. In McManamna, the defendant owners had retained the plaintiff to build a carriage house on their property. Work commenced, but was halted on November 30, 2005. The plaintiff continued to do some paperwork, including assisting the owners with obtaining financing, snow clearing, and installation of a security fence. In mid-February 2006, the plaintiff learned that the owners were separating and that work would not continue. He filed a claim of builders lien within 45 days of that date. The owners alleged that the time for filing a claim of lien had expired before the claim was filed. The Court of Appeal affirmed the trial judge’s finding that it was not filed out of time, and significantly, held that the “deemed abandonment” provision of the BLA creates “a presumption of abandonment rebuttable by proof of an intention not to abandon” (emphasis added)” which the Court found “accords with the scheme of the statute and the practical realities of construction”.

Kinetic Construction Ltd. v. Tuscany Village Holdings Ltd. 2008 BCCA 417 considers whether the court may refuse to order payment out of the holdback funds to a contractor where the owner alleges a set-off for damages arising from delay. In this case, there were two separate contracts between the parties for different parts of the same improvement. The delay claim arose out of the first contract. The holdback monies in question arose under the second contract. The Court of Appeal confirmed that if “the claim for set-off arises under the same or interrelated contracts, it can properly be advanced”. However, the contractor argued that the monies paid into the holdback were trust monies pursuant to the BLA, and that the trust arose before the claim for set-off was made. The contractor therefore argued that “the trust ought not to be found subject to the claim for set-off”. The Court of Appeal agreed that a statutory trust arose before the claim for set-off was made, but also found that there were (on these facts) no possible beneficiaries of that trust other than the contractor. Therefore, but for the claim of set-off advanced, those monies would belong absolutely to the contractor. The Court of Appeal disagreed with the analysis of the trial court, but agreed with the result; the claim of set-off advanced in these circumstances was sufficient to cause the court not to order payment out of the holdback monies to the contractor.

Q West Van Homes Inc. v. Fran-Car Aluminum Inc. 2008 BCCA 366 addressed the “proper test” for reducing security under a s. 24 application to post monies to stand as security in lieu of the lands. In this case, the two claims of lien filed by the appellants totaled $1,950,512.90. The owner claimed damages arising from delay. The trial judge ordered security of $1,250,000 inclusive of security for costs. The Court of Appeal held there are two inquiries to be made on a s. 24 application: are the claims advanced by the parties sustainable and what is the appropriate quantum of security. In determining the quantum of security, the Court of Appeal indicated that the court should consider all relevant evidence as a whole in the exercise of its discretion. The Court of Appeal held that this approach was “consonant with the purpose of the legislation… ‘to protect the claims of those who supply work and materials so long as the owner is not prejudiced…'”

These decisions provide more certainty for owners and contractors in addressing the Builders Lien Act. 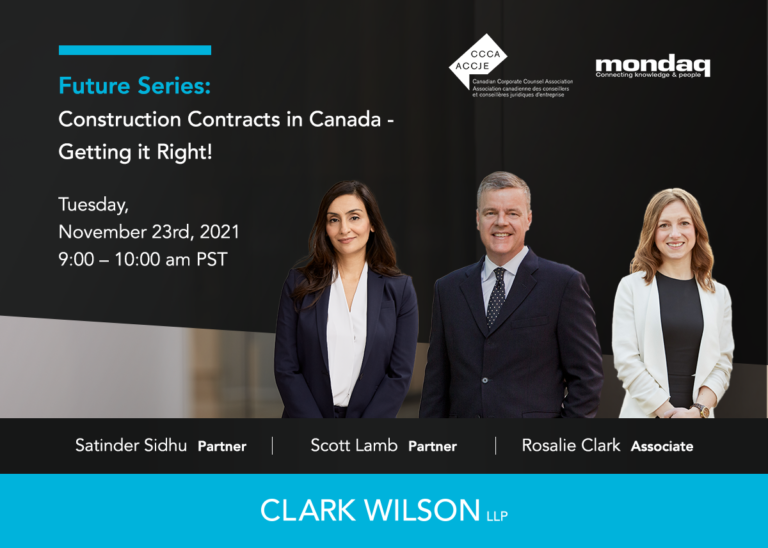