The claim of lien created by the Builders Lien Act, R.S.B.C. 1996, c. 45 (the “Act”) provides a powerful mechanism for a contractor or a material supplier to obtain security for payment for the work or materials provided to an improvement. Along with the claim of lien against the land, the Act provides another means to secure payment for claims – a lien against the holdback funds.

The existence of a separate claim of lien against the holdback, commonly known as a “Shimco lien”, has been confirmed in a British Columbia Court of Appeal case Shimco Metal Erectors Ltd. v. Design Steel Constructors Ltd., 2003 BCCA 193. The Court of Appeal confirmed that the Shimco lien claim is independent from a lien against the land, is governed by a different limitation period and has to be enforced through a different process.

A claim of lien against the holdback can only be claimed by commencing an action in court, and can be advanced as long as the owner or the contractor retains the holdback from the contractor or a subcontractor, respectively. Accordingly, if a claimant commences an action for a holdback lien after the subject holdback has been paid out, any claims against such holdback will be extinguished. Despite the existence of this alternative remedy, the Shimco lien remains relatively unknown within the construction industry and there are few cases that discuss its applicability and enforcement.

It is commonly known that the filing of standard land lien claims often can create substantial problems for the owners, including inability to obtain financing and to transfer properties. The procedures for discharging of land liens are well known and widely implemented. The most common means to discharge a land lien is by posting security with the court under s. 24 of the Act, or by paying into court holdback funds under s. 23 of the Act.

A claim for a holdback lien can also create significant issues for an owner or a contractor. Section 8(4) of the Act provides that a holdback cannot be paid out if proceedings are commenced to enforce a claim of lien against the holdback. However, the Act does not set out a procedure for securing the holdback lien and, until recently, there was no case addressing this issue. That situation changed in 2013 with Preview Builders International v. Forge Industries Ltd., 2013 BCSC 1532. In that case, the owner, the City of Dawson Creek, retained Preview Builders International Inc. (“Preview”) as a general contractor for the construction of an arts centre in Dawson Creek (the “City”). Preview hired Forge Industries Ltd. (“Forge”) to provide structural welding services to the project. Payment issues arose between Preview and Forge, and Forge filed a claim of lien against the property. This lien was later discharged upon Preview posting with the court a lien bond pursuant to s. 24 of the Act.

However, shortly prior to the completion of the project, Forge commenced proceedings to enforce a claim of lien against the holdback retained by the City from Preview (the “Holdback”). Although the project was substantially completed, the City refused to release the Holdback to Preview until Forge’s claim of holdback lien had been discharged. The practical effect of this was that Preview was unable to pay its subcontractors in full until the resolution of Forge’s lawsuit. Preview applied to the court for an order that the lien bond posted to secure Forge’s claim of lien against the land should also secure its claim of lien against the holdback, so that the Holdback could be paid out to Preview. Preview argued that Forge wanted to be secured for the same contractual claim twice – once for its land lien and again for its holdback lien. Forge argued that the Act does not provide for securing of the holdback lien and, accordingly, the Court had no jurisdiction to make such an order.

The court agreed with Preview and provided an outline of the steps to follow to obtain payment of the holdback. The court confirmed that holdback liens were intended to secure protection for unpaid lien claimants, not to hold up large portions of construction capital to await the outcome of lengthy lawsuits or provide some contractors with unfair advantage over others. The court clarified that the holdback can be paid out if the following conditions were met:

Following the above decision, the parties worked out a set of conditions which ensured that the security previously posted into court for Forge’s land lien also stood as security for Forge’s holdback lien, and the holdback was released to Preview.

The above decision confirms the court’s willingness to work out a rational solution to a situation where large sums of construction funds can be held up by a technical interpretation of the Act. In practice, the procedure available to secure a holdback lien will ensure that the unpaid claimants receive adequate security for their claims in the amount prescribed by legislation, while allowing others to receive payment of holdback funds duly owing to them. 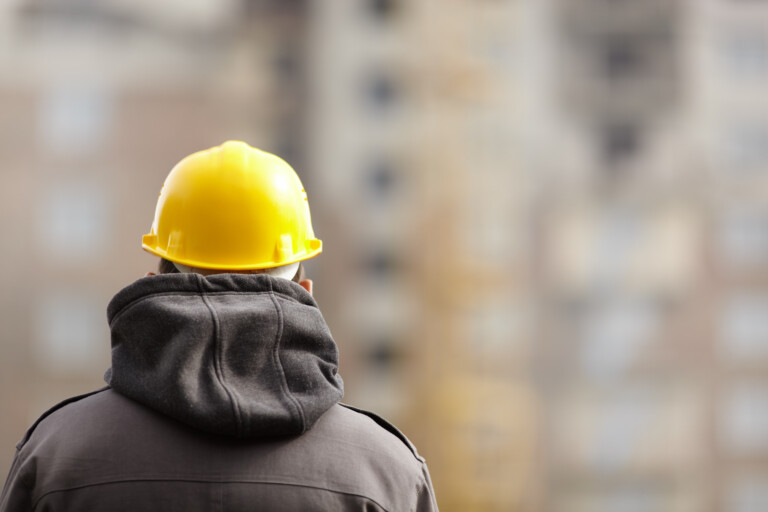