Heads Up – CETA is Coming

Until now, the MASH (municipal, academic, schools and hospitals) sector has in practice been relatively unscathed by federal trade agreements, such as the Agreement of Government Procurement, the North America Free Trade Agreement and the Agreement on Internal Trade (AIT). In contrast, the federal government and its agencies have been subject to and bound by these agreements and the companion federal Canadian International Trade Tribunal Act (CITT). The CITT gives disappointed bidders enforceable recourse against the federal government and its agencies where the principles and stipulations of the trade agreements are not observed.

The new CETA proposes to drill down and apply to the Provinces and the MASH sector, in a legally binding and enforceable manner, in the same way as the federal government and its agencies have been subject to the CITT. This would have a major impact on MASH sector procurement. Procurements by MASH entities would become more scrutinized and more susceptible to challenge. MASH entities would have to comply with strident measures designed to ensure transparency and compliance. Disappointed bidders would have enforceable recourse. Remedies could include monetary awards and re-opening the outcome of bidding processes.

The impact of the CITT on the federal government and its agencies is illustrated by the Corel / Microsoft dispute involving a procurement by Revenue Canada years ago. In May 1998, Revenue Canada decided it needed new office software for Y2K – the “millennium bug” was coming. Revenue Canada engaged in a competitive process for this procurement. Ottawa-based Corel argued that Revenue Canada discriminated against it in favour of Microsoft. Corel argued that the bidding process was inherently tilted in favour of rival Microsoft. Bidders were required to provide estimated costs for converting the department’s Microsoft software and for training staff. The department had already been using Microsoft products. Corel complained it couldn’t provide conversion costs because the department wasn’t supplying enough information. Corel perceived that Microsoft had an advantage. In June 1998, Corel took its case to the Canadian International Trade Tribunal and won. Revenue Canada’s liability extended beyond the usual contract and common law principles. The principles of the trade agreements were upheld. Corel was entitled to a level playing field. The Canadian International Trade Tribunal ruled that the government had to either reopen the bid or compensate Corel. Revenue Canada unsuccessfully appealed, then reached a deal with Corel. In 1999, the Globe and Mail reported that, as a result of the 1998 decision of the Canadian International Trade Tribunal, the federal government agreed to pay $9.9 million to Corel.

The Corel / Microsoft case is one of many such cases.

It is interesting to note that remedies are available not only to foreign bidders but also to the Canadian bidders involved.

Federal implementation legislation for CETA is expected to be tabled in House of Commons where it will be debated prior to ratification (late 2014 or early 2015).

What to make of this?

As a lawyer practicing extensively with MASH entities, I don’t know whether to lament the added complexity – or welcome it (and wring my hands in expectation). There will be more work for the lawyers!

Will things play out as is being projected?

A skeptic might point out that even though the Provinces are party to the AIT (and the MASH Annex of the AIT purports to extend to MASH entities), in practice MASH entities have not been affected by the AIT to the degree that is now being projected for CETA. However, it certainly appears that the proponents of CETA have a strong resolve to capture MASH entities in its application. It remains to be seen whether it will play out as is being projected – stay tuned. 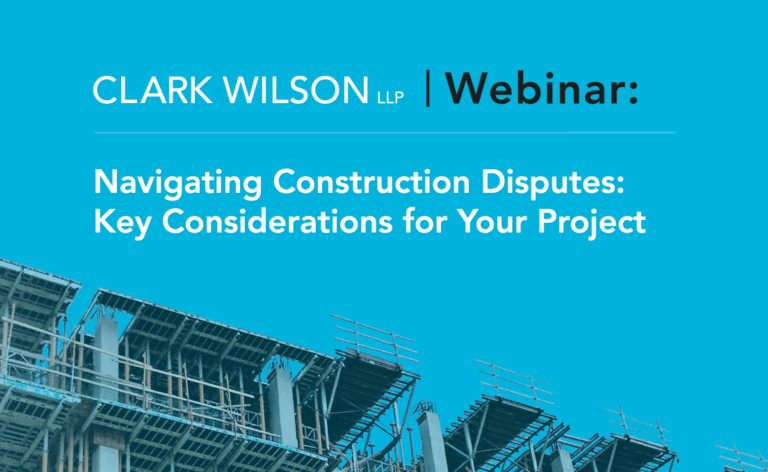