The unwanted encroachment upon one’s wealth is always a distasteful experience. As a result, individuals commonly seek professional advice to prevent or limit such encroachment by advance planning. The most obvious examples are, of course, tax and estate planning. However, most individuals rarely consider the significant potential for future encroachment upon his or her assets which arises by virtue of marriage and the consequences in the event that such marriage ends. What follows will provide you with some basic information about matrimonial property laws in B.C. and some mechanisms that might be available to you to protect yourself from marital claims that you might become subject to in the future.

Impact of the Family Relations Act

In British Columbia, upon the breakdown of a marriage and the happening of certain specified events, all assets ordinarily used for a family purpose become family assets and are subject to a claim by the non-owning spouse. The Family Relations Act also specifies certain assets which become family assets upon marriage breakdown despite the use to which they had been put during the marriage. This list includes but is not limited to pensions, RRSPs, ventures and Trusts over which the spouse exerts control. Although business assets are specifically excluded, a non-owning spouse can establish a claim by showing a direct or indirect contribution to the business. Based on the current state of the law, homemaking services and, in particular, child rearing responsibility by the non-owning spouse are enough to establish a direct or indirect contribution to, in particular, a closely held business owned in whole or in part by the other spouse. Once this occurs, the business is considered to be a family asset for division purposes. The claim by the non-owning spouse to the family assets is usually to a one-half share, although that one-half share can be reapportioned in specified circumstances. The discretion the Court has to reapportion is considerable and can be far-reaching not necessarily in favour of the spouse in whose name the asset was held.

The often quoted saying “what’s yours is hers/his and what’s his/hers is yours” is actually a fairly accurate description of how assets are treated by the law in the event of marriage breakdown. In light of the present law in British Columbia, it is not surprising that many people who are aware of the above seek to protect the following:

Accordingly, the potential loss of one-half of a person’s wealth (whether accumulated prior to or during the marriage), is a reality in British Columbia. In addition to that financial loss, one must consider the significant legal fees and disbursements that could be expended in an attempt to defend such claims if the marriage fails.

Fortunately, there are some shields that can be raised preferably in advance of marriage to afford protection from such claims in the context of a marital breakdown. The Family Relations Act permits couples to enter into contractual arrangements whereby they can agree to a division of assets different than that set out by the Act. In addition, the British Columbia Court’s jurisdiction over and the application of the Family Relations Act to one’s assets can be severely restricted by the location and the legal and beneficial ownership of such assets in dispute.

The balance of this article is to outline the use of a Marriage Agreement and/or a Discretionary Trust which can be very effective tools to discourage and even prevent in certain cases the claims by the non-owning spouse to the assets of the other spouse in the event of a marital breakdown.

What is a Marriage Agreement?

A Marriage Agreement is defined as “… an agreement entered into by a man and a woman before or during their marriage to each other to take effect on the date of their marriage or on the execution of the agreement, whichever is later, for:

Marriage Agreements are therefore “shields” and can place a fundamental road block before the claims of a non-owning spouse to the family assets and other property in the event of marriage breakdown. It is not a guarantee, however, since the Court still maintains jurisdiction to vary a Marriage Agreement if it is found to be “unfair” upon consideration of a number of specified circumstances set out in the Family Relations Act. There is no question, however, that a spouse subject to a claim by the non-owning spouse to family assets and other property, is well-served by the presence of a Marriage Agreement in the event of marriage breakdown, particularly if many of those assets were acquired pre-marriage and the marriage is of relatively short duration.

Because Marriage Agreements can be subject to variation, in the appropriate circumstances, the establishment of a Discretionary Trust with or without a Marriage Agreement, may prove to be an even more formidable shield to claims of a non-owning spouse to property upon marriage breakdown.

A “trust” is a relationship created when one person (the “Settlor”) transfers property to another person or persons (the “Trustee(s)”) to maintain and administer that property for the benefit of other persons (the “Beneficiaries”).

The document which evidences a Trust is called the “Trust Indenture”. The rights and obligations of the Trustee, the nature of the assets held by the Trust, and the respective beneficial entitlements of the Beneficiaries are all set forth in the governing Trust Indenture. In this way, a client’s specific personal wishes and objectives can be carefully drafted into the Trust Indenture, making a Trust unique to each client.

Using a Trust as a vehicle to hold a client’s accumulated wealth can provide many advantages including:

In the context of a matrimonial claim, a Discretionary Trust is one in which the Settlor/spouse transfers assets to the Trustee. The Trust Indenture provides that the Trustee has the complete discretion to distribute any or all of the capital or income of the Trust to or for the benefit of any or all of the Beneficiaries as the Trustee may from time to time decide. Thus, if a particular Beneficiary were at any time subject to a matrimonial claim, the trust assets would effectively be shielded from that claim by virtue of the discretionary nature of his or her interest under the Discretionary Trust and the fact that the Trustee does not exercise its discretion in favour of the Beneficiary.

A Discretionary Trust could also be created by another family member, perhaps the spouse’s father or mother, who wish to provide assets to their child, but on a protected basis.

There are many planning steps which must be considered before creating a Discretionary Trust. Among them are:

Care must be taken when creating a Discretionary Trust to ensure that it not only meets the asset protection objectives, but also effectively serves as a practical vehicle to manage and administer accumulated wealth both currently and in the distant future.

The popularity of Marriage Agreements and Discretionary Trusts can probably be explained by three recent phenomena. Firstly, the high rate of divorce in North America has made many couples aware that despite the best of intentions, the prospect of a breakdown of the marriage in the future is a very real one. As well, there is now a higher incidence of second marriages. In these circumstances, the once divorced individual is motivated to this time protect himself or herself from the rigors of the Family Relations Act. Finally, people are marrying at a later age and are therefore more likely to have accumulated at least some assets prior to marriage.

A person who has assets of any value should at least consult with a lawyer to discuss whether a Marriage Agreement and/or whether a Discretionary Trust might be appropriate in their particular circumstances. This consultation should not take place on the eve of the wedding, but rather should take place at a time when the prospect of marriage is being considered or even earlier, particularly if an individual is a high-wealth individual and might immediately benefit from a Discretionary Trust. Marriage Agreements and Discretionary Trusts must be drafted and implemented carefully. In the event of a Marriage Agreement, where the signature of the soon to be new spouse is required, a very delicate approach to the other party is imperative. 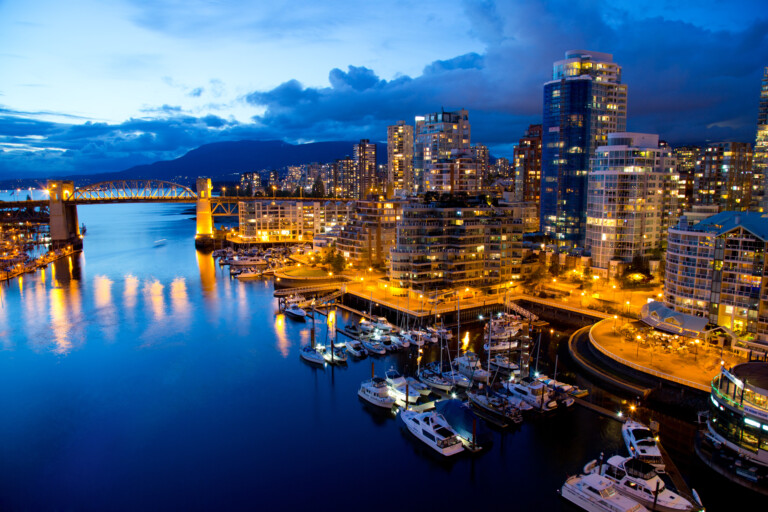