The Supreme Court of Canada’s decision in Honda Canada Inc. v. Keays (“Honda”) suggested that awards against employers for bad faith in the handling of an employee’s termination would become much less common. However, it is clear from two BC recent decisions that the Courts are still struggling with identifying the circumstances in which such awards are merited. In the first case, Kelowna Flightcraft Air Charter Ltd. v. Buchanan (“Kelowna Flightcraft”), the Court, on appeal, found that the employer’s conduct warranted an award of $8,500 in bad faith damages. In the second decision, Beggs v. Westport Foods Ltd. (“Beggs”), the Court of Appeal overturned a bad faith damage award of $20,000 made at trial.

When Honda was first released in 2008, the initial assessment of the decision was that it was a favourable one to employers. The Court’s reasons for rejecting an award of bad faith damages appeared to significantly limit the circumstances in which an employee might be entitled to “bad faith” damages arising from an employer’s conduct in the termination of an employee. Rather than punishing the employer for its conduct, the Supreme Court of Canada held that the focus in deciding whether to make an award of “bad faith” damages should be on the injury suffered by the employee:

Thus, if the employee can prove that the manner of dismissal caused mental distress that was in contemplation of the parties, those damages will be awarded not through an arbitrary extension of the notice period, but through an award that reflect the actual damages.

The Court also confirmed that it was not the mere fact of termination that would enable an employee to claim for “bad faith” damages, as most terminations are likely to be upsetting to the dismissed employee. The Court held that it was the manner of the termination that gave rise to a bad claim – the employer must have acted in a manner that was “unfair or is in bad faith by being, for example, untruthful, misleading or unduly insensitive“.

… of the totality of treatment he received. In the year before termination his performance reviews stopped; he was denied, without explanation, scheduled pay raises. Although he was an employee with no supervisory role Mr. Buchanan was asked to train a new employee through the probation period, after which the employee was kept on by Flightcraft. His termination deprived him of chance for his yearly bonus, for which he would have qualified had he been kept on. His dismissal, because of the corporate reorganization, was carried out as if he was dismissed for just cause, and being escorted off company property was degrading. Finally he was unable to get a reference from Kelowna Flightcraft.

Kelowna Flightcraft unsuccessfully appealed the decision to the BC Supreme Court. On appeal, the judge’s first task was to determine whether the damages awarded to Mr. Buchanan were “punitive” damages (which are awarded for “wrongful acts that are so malicious and outrageous they are deserving of punishment on their own”) or “aggravated” damages (which are “compensatory damages flowing from the manner in which the employment is terminated“). The appeal judge concluded that the damages awarded by the trial court were compensatory in nature and therefore “aggravated” damages. This is because they were awarded to compensate for the unfair behaviour of the employer that caused Mr. Buchanan mental distress and that distress should have been within the reasonable contemplation of the parties. In upholding the decision to award aggravated damages, the appeal judge stated that the courts have “recognized that an employee’s actual termination may be part of a larger pattern of conduct” and that the employer’s conduct, both pre– and post-termination, may be relevant to the issue of bad faith in the manner of an employee’s dismissal. The appeal judge held that the factors identified by the trial judge indicated an insensitivity and a lack of candour on the employer’s part.

In challenging the award of “bad faith” damages on appeal, the employer argued that the conduct identified by the trial judge was not as severe or significant as that considered in other available decisions of the court. The appeal judge held that the court’s role in assessing bad faith damages was not simply to compare the facts in the case before the court with previously decided cases but also to consider the impugned conduct in the context of the particular employment relationship before the court. In that regard, the court held:

A variety of factors, including such things as the size of the enterprise and the nature of the community in which it operates, may influence how the employer should conduct itself in dismissing an employee.

In this case, the employer’s conduct leading up to and in respect of the termination of the employee resulted in an award of $20,000 for compensatory damages at trial. However, in an appeal released in February 2011, the Court of Appeal overturned the award, finding that there was not evidence that the employer had acted in bad faith or dealt unfairly with its employee.

Ms. Beggs work as a clerk at one of the defendant’s grocery stores and had been employed there for 10 years. In February 2009, Ms. Beggs’ home was destroyed by a fire. On the day after the fire, Ms. Beggs contacted her supervisor to advise him of the fire, that she would not be working that day, and that she did not know when she would return to work. In the month after the fire, there was no contact between Ms. Beggs and her employer, as Ms. Beggs focused on re-establishing her home. After the fire, Ms. Beggs’ phone was disconnected for approximately a week. Unfortunately, it was during this period that the employer unsuccessfully tried to contact Ms. Beggs by phone on two occasions to see what her plans were with respect to a return to work. In mid March 2009, having heard nothing further from Ms. Beggs since the day after the fire, the employer prepared a record of employment that indicated that Ms. Beggs had quit but did not forward a copy of the document to Ms. Beggs.

In early April 2009, Ms. Beggs was diagnosed with depression and her physician issued her a note advising that she should remain off work until the end of May 2009. During the course of applying for disability coverage through Employment Insurance, Ms. Beggs learned that her employer had issued an ROE in March 2009 that stated that she had quit her employment. Shortly thereafter, Ms. Beggs retained a lawyer who contacted the defendant, advising that Ms. Beggs had not quit and making a severance offer. The defendant employer maintained that Ms. Beggs had quit. Communications continued between Ms. Beggs’ lawyer and the defendant regarding the dispute continued for several months thereafter. The defendant ultimately offered Ms. Beggs to allow her to return to work; the defendant’s offer stated that it would “advise her regarding her work schedule and her employer’s expectations regarding her job.” Ms. Beggs declined to do so and instead started a lawsuit for wrongful dismissed.

At trial, the court concluded that Ms. Beggs was entitled to 11 months’ notice of termination and awarded her severance based on that period. The trial judge also found that Ms. Beggs was also entitled to an award of compensatory damages related to the manner of her dismissal in the amount of $20,000. The trial judge based her decision to make the “bad faith” damage award on the following factors:

Although the Court of Appeal did not touch the severance award, the Court found that the award of $20,000 for “bad faith” was not warranted. In setting the award aside, the Court noted that “generally, an implied term of an employment contract is that an employer will act in good faith in the manner of dismissal” and that the type of conduct that will may attract a “bad faith” award includes “attacking the employee’s reputation by declarations of made at the time of dismissal, misrepresentation regarding the reason for the decision, or dismissal meant to deprive the employee of a pension benefit or other right, permanent status for instance.”

In assessing the employer’s conduct and finding bad faith, the Court found that the trial judge relied solely on Ms. Beggs’ evidence and ignored the fact that the employer, at the time it issued the record of employment, had no knowledge as to why Ms. Beggs had not returned to work, something the Court attributed to Ms. Beggs herself: “It was only because of [Ms. Begg’s] lack of explanation for her absence that the ROE was issued indicating that [she] had quit.” In the absence of evidence to indicate that the employer had intentionally issued an incorrect ROE, the Court held that the employer did not act in bad faith.

Based on the different outcomes reached by the Court in each of the Kelowna Flightcraft and Beggs cases, we can expect to see more decisions as the Courts continue to grapple with the concept of bad faith as it applies to employee terminations. For employers, the message from these two decisions is that ‘bad faith’ damages or damages arising from the manner in which employee are terminated are still being awarded, and on factual circumstances where, based on the Honda v Keyes decision, we would not have thought bad faith damages applied. Thus, employers should continue to exercise caution in how they treat employees who are terminated with or without just cause. 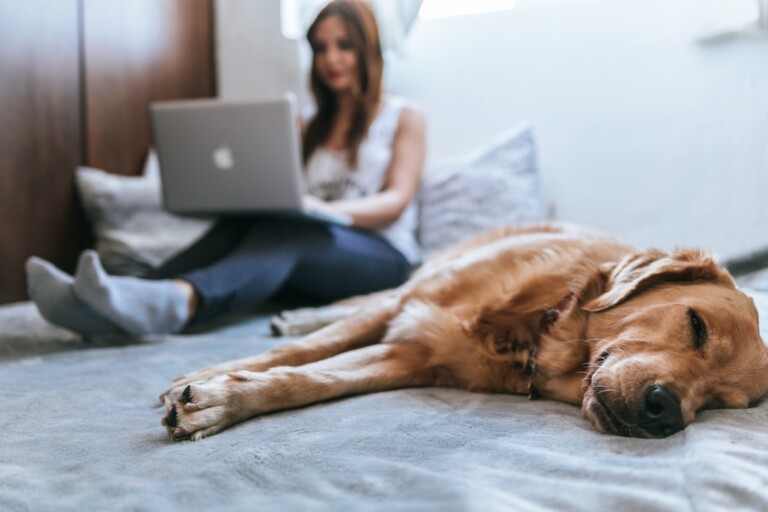