I am often asked by my friends who are not in the strata property industry how I will keep myself busy once condominiums stop “leaking”. My simple answer to that question is that I will be quite busy doing what I did before the leaks started – namely dealing with the three “p’s”. My friends are aghast to learn that the three “p’s” are people, pets and parking. I am also often asked what I do and how long have I been doing it. My answer is that 27 years ago I was a trial lawyer, I became a dispute resolver 10 years ago and I am now a therapist. I describe myself as a therapist due to my attendances at strata corporation meetings.

For whatever reason, reasonable, experienced and knowledgable persons seem to lose all reason, knowledge and perspective when dealing with the emotions of disputes that occur within strata corporations. We all know that strata corporation governance operates on the doctrine of democracy. However, democracy can and does break down and the effect of such meltdown can be far reaching. Strata fees are not paid but the required significant majority to commence action to collect strata fees cannot be obtained. Property managers in frustration give termination of contract notice and walk away – who can possibly blame them as we already know that good strata managers get paid far less than what they are worth.

Pets and parking. I have discussed those concepts in past articles and I am sure that I will be discussing them again in future articles. However, for the purpose of this article I am going to discuss people. We all know that the government, at times, can be quite unwise. There are parts of the Strata Property Act that create problems. However, in its wisdom, the Legislature of the day, when it passed the Act included section 174. Section 174 allows a strata corporation, an owner, a tenant or any person with an interest in a strata lot to apply to the Supreme Court of British Columbia for the appointment of an administrator to exercise the powers and perform the duties of the strata corporation. The Court may appoint an administrator if, in the court’s opinion, such appointment is in the best interests of the strata corporation. When democracy melts down, owners lose all perspective and the council becomes dysfunctional, it is obvious that something must be done. The appointment of an administrator is in the best interests of the strata corporation.

As can be seen from a review of subsection 174(3), the administrator can be granted sweeping powers by the Court. It has been my experience that the Courts are not reluctant to appoint administrators when the ability of a strata corporation to govern itself is impaired. To date administrators who have been appointed are property managers. They must be property managers with patience and people skills as invariably they are assuming the duties of a strata council that has become deadlocked for one reason or another. Often, the administrator must immediately deal with emotional disputes and jerks. The leading case on the test whether it is in the best interests of a strata corporation that an administrator be appointed is the case Lum et al v. Strata Plan VR 519. In that case Justice Harvey ruled that an administrator was not in the best interests of the strata corporation. In reaching that conclusion on April 2, 2001 his Lordship noted the factors to be considered included:

Mr. Justice Harvey also commented that a consideration must include the problems presented by the costs of involvement of an administrator. The Judge rejected the application for the appointment of an administrator in VR 519 because the concerns noted did not in a substantive sense relate to mismanagement, substantial misconduct or an inability to manage the affairs of the strata corporation.

You will recall I wrote earlier that this article was intended to discuss people. When people cannot function with each other, the administrator administers. I guess it is a little like herding cats. Regardless of how one describes the situation an independent party governing for a period of time appears to be the tonic necessary for people to once more become reasonable. 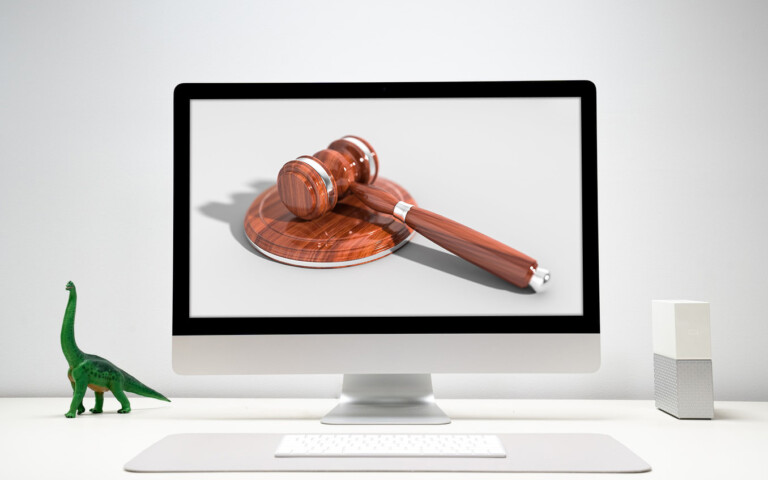