By Rosalie A. Clark and Dan W. Melnick

In recent years, our courts have considered the interaction between lien rights that arise under the Builders Lien Act, RSBC 1997, c. 45 and the Land Title Act, RSBC 1996 c. 250. For example, we have previously reported to you on the decision of 4HD Construction Ltd. v. Dawson Wallace Construction Ltd. (2020 BCSC 1224), which clarified the interaction of the Builders Lien Act and the Land Title Act when a party is seeking a discharge of certificates of pending litigation (“CPLs”) from land. Recently, in Parkbridge Lifestyle Communities Inc. v New West Custom Homes (Kelowna) Inc., 2022 BCCA 299, the BC Court of Appeal confirmed that a builders lien claim could not be cancelled under the Land Title Act as a result of the lien claimants failure to take any steps in its litigation for over a year.

Under the Builders Lien Act, a lien claimant that files a claim of builders lien is required to commence a notice of civil claim and register a CPL to perfect its lien claim within one year of the lien being filed. The Builders Lien Act is silent as to any litigation steps that must occur after the notice of civil claim is filed. Section 252 of the Land Title Act, however, specifies that an owner may apply to discharge a certificate of pending litigation registered against title to their property if no step has been taken in the proceeding for one year.

In Parkbridge, the BC Court of Appeal considered an appeal by the plaintiff and applicant, Parkbridge Lifestyle Communities Inc. of a decision of a chambers judge dismissing its application to discharge the lien claim filed by the defendant general contractor, New West Custom Homes (Kelowna) Inc., in connection with a 42 home development project being undertaken in Kelowna. Parkbridge was the owner of the development project and hired New West to act as the general contractor for the project. A dispute over construction progress and payment arose, resulting in New West filing a claim of builders lien (the “Lien”) against title to the property. As contemplated by the Builders Lien Act, New West subsequently commenced litigation and caused a certificate of pending litigation to be filed against the property.

After the Lien was filed, Parkbridge obtained an order for the discharge of the Lien under section 24 of the Builders Lien Act on security of the face value of the lien being made. After the section 24 discharge was obtained, various steps were taken in the litigation, including Parkbridge filing a response to civil claim and counterclaim, and amendments to the counterclaim and New West’s notice of civil claim.

Prior to Parkbridge bringing the application for cancellation of builders lien, (heard in September 2020), the last step taken in the litigation was New West filing an amended notice of civil claim on May 23, 2019. In its application, Parkbridge argued that the Builders Lien Act and the Land Title Act should be read together to create a new deadline on lien claimants, such that a claim of lien can be extinguished if no step is taken in the proceeding within a year, despite the litigation being commenced within the time limit prescribed by the Builders Lien Act.

The chambers judge dismissed the application, finding that while the cancellation of a claim of lien pursuant to the Builders Lien Act may result in the cancellation of a related CPL, the inverse was not true, and Parkbridge could not rely on section 252 of the Land Title Act and New West’s failure to advance the proceedings for over a period of one year to have the Lien extinguished.

Decision of the Court of Appeal

Parkbridge appealed this decision. The BC Court of Appeal upheld the chambers judge’s decision, agreeing that the Land Title Act does not provide a basis for extinguishing a builders lien claim where the lien claimant failed to advance the proceedings for a year (or more).

The Court of Appeal further commented that, if the legislature had intended for a discharge of a CPL under the Land Title Act to result in the extinguishing of a lien claim, it would have expressly provided for this in the Builders Lien Act. As a result of its review and consideration of the Builders Lien Act and the Land Title Act, the Court of Appeal confirmed that the fundamental flaw in Parkbridge’s position was that the CPL has been discharged from title to the property on the payment of security at the time it brought its application to extinguish the Lien under section 252 of the Land Title Act. At this time, there was no existing CPL and the court accordingly had no jurisdiction to make an order under the Land Title Act.

Takeaways and Items to Consider 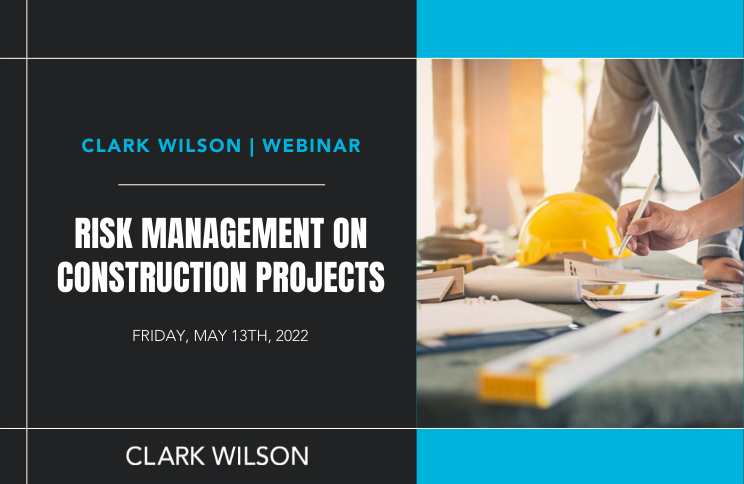