While development of much of this land remains, for the time being, subject to the cumbersome land management regime of the Indian Act, a number of First Nations have opted for self government or have otherwise taken over administration of their own lands under the First Nations Land Management Act. As a result, a variety of First Nation land management regimes for developing reserve land and treaty land may be encountered in B.C. Developing this type of land is very different from developing land within a First Nation’s claimed traditional territory where consultation and accommodation issues may arise for infringement of Aboriginal rights. This article only addresses development on reserve land and treaty land.

Most First Nation reserve lands are administered by Indian and Northern Affairs Canada, frequently referred to as INAC. Although provincial and municipal laws generally do not apply to reserve land, First Nation by-laws relating to zoning and the regulation of construction and use of buildings may exist and be applicable. When a developer proposes to acquire a leasehold interest in reserve land, the process leading to the issuance of an actual lease can be complex and time-consuming.

With some exceptions, reserve lands are held by the federal Crown for the benefit of the entire band (it should be noted that “band” is a term used in the Indian Act, which identifies a sometimes arbitrary group of people which is not always identical to the group of people comprising the more historically accurate First Nation). Generally, these lands must be designated to the Crown before they can be leased to a developer. The designation process involves numerous steps, including a band vote with very specific requirements. Once designated, the Crown can lease the lands to the developer on terms acceptable to the Crown and consistent with the terms of the designation. Although the Crown grants the lease, the First Nation usually negotiates the business terms of the lease with the developer. INAC will typically require a form of lease that may not readily address the concerns of the developer’s lender. Substantial delays and setbacks are common and the overall process can lead to frustrating lease negotiations for everyone involved.

In 1996 certain First Nations and Canada entered into a Framework Agreement on First Nations Land Management. The Framework Agreement provides the First Nation signatories with the option to take over the management and administration of their lands independent of the Indian Act, but without otherwise becoming fully self governing. The land management provisions of the Indian Act will not apply to such lands, and INAC will not be involved as an intermediary to review and approve development and grant leases. First Nations under this regime manage and administer their own lands and, in our experience, typically do so on a commercially reasonable basis.

Several First Nations in BC have made use of this initiative. Generally, participating First Nations must create a Land Code which replaces the land management provisions of the Indian Act. The code typically includes general rules and procedures applicable to the use and occupancy of First Nation land, including the granting of leases and other interests. The Framework Agreement also provides the First Nation with the powers to make land laws relating to development, conservation, protection, management, use and occupation of the lands.

With Canada removed as an intermediary, there is potential for this initiative to be more adaptive to economic conditions, and more efficient and flexible for both First Nations and developers. The laws and respective Land Codes are unique for each First Nation and typically vary. In our experience, some laws and Land Codes which are in their infancy, have not been fully tested in the development and financing arenas.

Self-government agreements under the federal “Inherent Right to Self-Government Policy” can result in even greater autonomy for First Nations in the management of their internal affairs and control over decision-making. Self government typically includes extensive land management and law-making powers. For now, only the Westbank First Nation (WFN) and the Sechelt Indian Band have self-government legislation.

The Westbank Self-Government Agreement (brought into force by Westbank First Nation Self-Government Act ) provides WFN with jurisdiction over most matters previously regulated under the Indian Act, including land management. WFN adopted a Constitution that sets out the structure and duties of the WFN government. The Constitution includes Land Rules, which sets out principles, rules and administrative structures by virtue of which WFN exercises its authority and jurisdiction over its lands. Acquisition of an interest in these lands and their development is subject to WFN laws and certain other applicable laws. WFN has enacted laws specifically relating to subdivision, development and servicing, building, allotment and land use. The band maintains a separate land office in West Kelowna for WFN lands which is the only portal for filing WFN documents in the Self Governing First Nations Land Registry in Ottawa. Sophisticated First Nations self government in action is evident at the WFN website.

Self-government initiatives will likely result in a variety of governance models given the diversity among First Nations and land management issues.

Modern day treaties will potentially create even more land management regimes in BC.

The Nisga’a Final Agreement is an example. Nisga’a lands are subject to Nisga’a legislation. There are several ownership and management regimes in place within the Nisga’a lands. For example, on granted village lands, one of four recognized Nisga’a Villages have ownership of land and the ability to enact laws with respect to land use. For designated village lands, the Nisga’a Nation owns the lands, but the particular Nisga’a Village has the authority to enact laws with respect to the land – both likely working together for the land use and management regime. There are even other specific types of land designations including exceptions to village lands, public lands and private lands. All this to say is that there are several regimes and some early due diligence is required of developers in this regard.

The Tsawwassen First Nation (TFN) treaty is a more recent example of a modern treaty. TFN has authority to enact laws concerning land, land use and development. TFN has enacted its own Land Act, which establishes a framework for administration of Tsawwassen lands, including a process for leasing lands. Pre-treaty certificate of possession lands are converted into Tsawwassen Fee Simple lands under the treaty. Some of the rules for Tsawwassen Fee Simple lands are different than those for the general Tsawwassen lands. All development will need to comply with the TFN Land Use Planning and Development Act. This Act contains the land use planning and zoning principles and the requirements that a development must meet for approval.

Other First Nations are currently well advanced in the modern-day treaty process.

As more and more First Nations in B.C. take over management of their lands, abundant opportunities will no doubt be presented to the development community. Developers who gain an early understanding of First Nations geography and land management regimes will have an advantage. 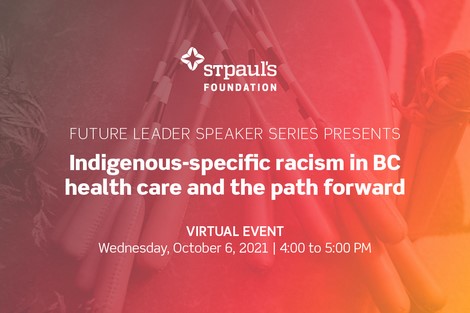