The current economic environment has left many companies with attractive assets strapped for cash and unable to meet their obligations. As a result, entities with cash on hand will be in a position to acquire these companies or their assets at potentially discounted prices. The following sets out a few key concepts that should be considered prior to potential purchasers undertaking such an acquisition.

Structure. It is usually advantageous for a purchaser to purchase assets, not shares, of the target for two principal reasons: (i) it will obtain a stepped-up tax basis in the acquired assets; and (ii) it will minimize the assumption of any unwanted liabilities. If the target company is severely distressed, however, there may not be tax benefits to an asset deal; it is nevertheless clearly the most prudent structure from a liability/risk perspective due to the greater likelihood of undisclosed/unknown liabilities of the target. The target may have potential tax liabilities, claims/lawsuits accruing pre-closing and perhaps fraudulent activities. When determining an appropriate structure, consideration will also need to be given to assets which may not be readily transferrable such as contracts or options on property. If these form the key assets, then the assignability of these assets will need to be considered.

Due Diligence. While a comprehensive due diligence investigation is always recommended, it is critically important in connection with the acquisition of a distressed business or assets due to, among other things, the likelihood of limited recourse post-closing. This is particularly relevant in the context of a receivership sale where the assets are sold on an “as is, where is” basis. The due diligence investigations must also go beyond the typical legal and financial due diligence and include an analysis of why the business is distressed. When carrying out the due diligence investigations, special attention should be given to whether there may be restrictions on the ability to transfer key assets. Consents may be required or a third party may have a right to terminate a contract either as a result of the target’s financial condition or the fact that the disposition could result in a change of control. Particular attention should be given to whether the distressed business is in receivership or bankruptcy and the effect this may have on the transfer of contracts and licenses. Only after a thorough analysis has been completed can the purchaser effectively determine whether the acquisition is worthwhile.

Escrow a Portion of the Purchase Price. If the distressed target files for bankruptcy after the closing of the acquisition of its assets, the buyer’s claim for a purchase price adjustment and/or indemnification under the purchase agreement will be treated as an unsecured claim. Absent a guarantee from a creditworthy affiliate or stockholder of the target, the best way a buyer can protect against this risk is to hold-back or escrow a significant portion of the purchase price. An escrow/holdback is often used in connection with the acquisition of a healthy private company (typically 10-20% of the purchase price); however, if the company is distressed, the buyer should consider a greater amount. If there are any warranties or indemnities which are to be assumed then this should be reflected in the amount of the escrow/holdback.

Fraudulent Conveyance. If assets from a distressed target are purchased prior to any formal bankruptcy or creditor protection actions being taken, a significant risk the purchaser may face is a subsequent challenge by a trustee in bankruptcy or a dissatisfied creditor that the transfer of assets was at under true value. Under Canadian bankruptcy law, a transfer can be set aside upon a showing by a dissatisfied creditor or by a bankruptcy trustee subsequent to a bankruptcy filing that there was “actual” fraud (i.e., the sale was actually intended to hinder, delay or defraud creditors) or, more likely, “constructive” fraud (i.e., the sale was made for less than fair consideration or reasonably equivalent value and the target was insolvent at the time of, or rendered insolvent by, the sale). In addition, the Bankruptcy and Insolvency Act gives the court, subject to certain time periods, the power to declare that a transfer at under value is void. To minimize this risk, a purchaser should do two things: (i) establish that “fair consideration” or “reasonably equivalent value” was paid (e.g., by obtaining a fairness opinion from a reputable investment bank and ensuring an appropriate paper trail of the establishment of fair consideration exists); and (ii) require that (A) the sale proceeds stay with the target and not be distributed to the target’s stockholders and/or (B) adequate arrangements are made to pay-off the target’s creditors.

Pre or Post-Bankruptcy Acquisition. In some circumstances, a prospective purchaser may consider that there would be less risk and a cheaper price if it waits to deal with a trustee-in-bankruptcy or a receiver. The purchaser will have to weigh such factors against the effect of an insolvency proceeding on the company’s goodwill and a worsening liability position. However, this damage may already be done rendering the advantage of buying prior to a formal insolvency proceeding illusory. The other risk associated with waiting for the company to go into formal insolvency proceedings is that the administrator under an insolvency proceeding has a duty to ensure that he/she has obtained the best price for the business which may cause some additional delay and the possibility of a competing bid for the business emerging. In the context of a target group operating in several jurisdictions, significant additional complexity will arise in dealing with different insolvency regimes. An insolvency practitioner will typically accept no personal liability in selling the assets of the company. Equally, he/she will not agree to any contingencies or ongoing liabilities which will prevent the quickest realization of the company’s assets and the return of the proceeds to creditors. On that basis, the sale documentation (which will be prepared by the administrator under an insolvency proceeding) will contain no warranties or even normal covenants as to title to the assets being sold.

If you have questions about acquiring a distressed business or its assets, contact any member of Clark Wilson’s Corporate Finance & Securities Group or its Insolvency & Restructuring Group. 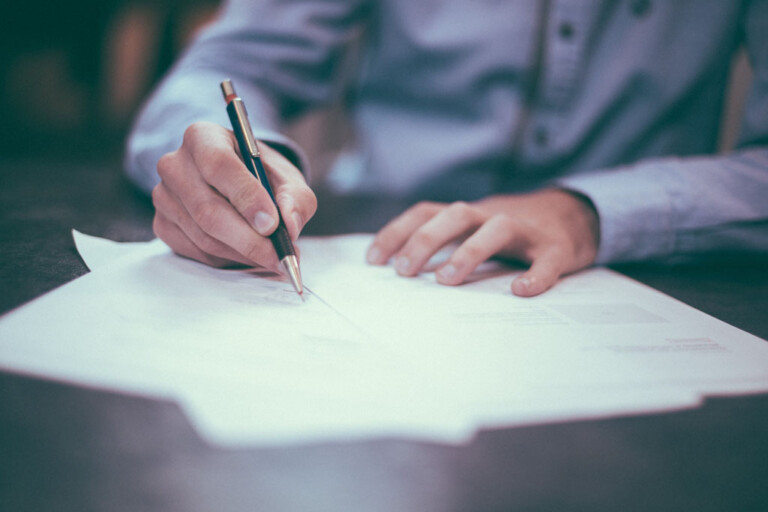