The British Columbia Court of Appeal recently released its judgment in Robledano v Queano, 2019 BCCA 150 (“Robledano”).  The case involved an intestate estate, with the primary issue on appeal being whether or not the deceased was, at the time of her death, in a marriage-like relationship with the respondent, Ms. Robledano.

Barbara Jacinto died on April 14, 2014.  Ms. Jacinto made a Will in 2011 that named Ms. Robledano as her sole beneficiary.  The original Will was not found after Ms. Jacinto’s death, and the trial judge declared her to have died intestate.  Ms. Jacinto did not have children.

Ms. Jacinto and Ms. Robledano had been in an “on again, off again” relationship since 1983.  Between 1983 and the time of Ms. Jacinto’s death in 2014, the pair went through periods where they lived together full time, lived together part time, and lived separately.  Their sexual relationship was on again, off again, and they went through a period where they were each in serious, potentially marriage-like relationships with other people.

In 2011, the couple traveled together, resumed their sexual relationship and Ms. Jacinto executed the Will in which she left the entirety of her estate to Ms. Robledano, identifying her as her “longtime best friend.”

Between 2011 and 2014, the couple never lived together full-time.  However, they saw each other nearly every weekend and were very involved in each other’s personal and financial affairs.  They maintained separate bank accounts as well as a joint account.

Ms. Jacinto’s sister, Ms. Queano, argued that the couple were no longer in a marriage-like relationship following the 2010 argument, relying on the fact that they never lived together again, along with certain other details regarding their personal lives.  Thus, Ms. Queano argued, in the absence of any children or a spouse, Ms. Jacinto’s estate should be split evenly amongst her siblings.

Section 20 of WESA provides that:

If a person dies without a will leaving a spouse but no surviving descendant, the intestate estate must be distributed to the spouse.

On appeal, the intestacy of Ms. Jacinto’s estate was not challenged.  Thus, the issue for the BCCA to decide was whether or not Ms. Robledano could be considered Ms. Jacinto’s “spouse” under the Act.

Section 2 of WESA sets out the meaning of “spouse” (emphasis added):

2(1) Unless subsection (2) applies, 2 persons are spouses of each other for the purposes of this Act if they were both alive immediately before a relevant time and

(a) they were married to each other, or

(b) they had lived with each other in a marriage-like relationship for at least 2 years.

(2) Two persons cease being spouses of each other for the purposes of this Act if,

(a) in the case of a marriage, an event occurs that causes an interest in family property, as defined in Part 5 [Property Division] of the Family Law Act, to arise, or

(3) A relevant time for the purposes of subsection (1) is the date of death of one of the persons unless this Act specifies another time as the relevant time.

Ms. Queano argued that under paragraph 2(1)(b), an unmarried person can only be the spouse of a deceased if they were living together for at least the two years immediately preceding the time of death.  The Court of Appeal disagreed with this interpretation, noting (emphasis added):

[40]  Paragraph 2(1)(b) of the statute uses the past perfect tense (“had lived together”) rather than the past continuous tense (“were living together”). The ordinary grammatical meaning of paragraph 2(1)(b) is that in order for a person who was not married to the deceased to be their spouse, the two must have lived together in a marriage-like relationship for two years, but not necessarily for the two years immediately preceding the deceased’s death. In contrast to paragraph 2(1)(b), paragraph 2(1)(a) uses the past continuous tense (“were married”) rather than the past perfect tense (“had been married”). The statute is professionally drafted and the use of these different tenses should be presumed to be deliberate.

[43]  Given that Ms. Jacinto and Ms. Robledano are acknowledged to have lived together in a marriage-like relationship between 1985 and 2000 and between 2005 and 2010, it would appear that Ms. Robledano met the requirements of s.2(1)(b) of the WESA. The remaining question is whether the women remained spouses at the date of Ms. Jacinto’s death. That question requires interpretation of s.2(2)(b) of the statute, and its application to the facts of this case.

The BCCA went on to consider whether the couple’s marriage-like relationship had been terminated prior to Ms. Jacinto’s death.  Here, the Court found the following:

[55]  What we are left with, in s. 2(2)(b) of the WESA, is a rather imprecise and flexible legal standard. The question of whether a person has “terminated the relationship” requires a judge to consider the expressed and implicit intentions of each spouse, as well as the objective evidence concerning the subsistence of the relationship. The determination is a “judgment call” for the trial judge – the application of a broad legal standard to the factual circumstances of an individual case. It is a question of mixed fact and law. Where a trial judge has correctly identified the standard, and has not made any palpable and overriding error in applying it, deference to the trial judge’s decision is required: Housen v. Nikolaisen, 2002 SCC 33.

The key takeaways from Robledano are as follows:

While the first takeaway has a relatively limited and straightforward application, the second takeaway is more nuanced.

Taking a flexible approach to the termination of a marriage-like relationship affords a great deal of discretion to trial judges.  Robledano, however, provides some guidance regarding the factors that ought to be considered when determining whether a marriage-like relationship has been terminated.  Thus, we will have to wait for future case law to gradually round out the details of this flexible approach.

In the meantime, given that the standard for overturning these decisions is one of “palpable and overriding error,” trial judges have a broad discretion to determine questions around termination based on the facts of each case. 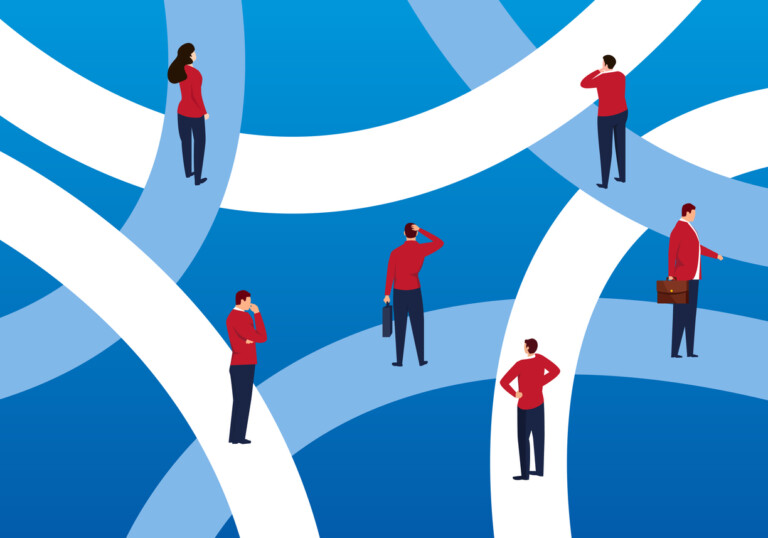