Many employers have harassment policies and are generally adept at dealing with sexual harassment claims. However, the issue takes a more complex turn when sexual harassment is alleged by one of the parties in the context of a previously consensual relationship.

When co-workers initially engage in a consensual relationship, they rarely think of policies dealing with workplace relationships and harassment. However, when the relationship ends, the proximity of the parties within the work environment provides an opportunity for harassment to occur and complaints to be made. This is particularly the case where there is a power imbalance between the parties such as that between a manager and employee or teacher and student.

In this article, we take a brief look at three cases where sexual harassment was alleged in the context of previously consensual relationships.

In Radloff v. Stox Broadcast Corp, [1999] B.C.H.R.T.D. No. 36 (“Radloff“), Radloff and Schroeder had a personal relationship for a couple of years. About four years after the relationship had ended amicably, Schroeder offered Radloff a job at Stox which she accepted. During the first few months, the parties combined their professional relationship with a platonic friendship. However, Schroeder then told Radloff that she “turned him on” and made sexual advances to Radloff. Despite her rejection of such advances, he then also gave her a nine page marriage proposal.

Radloff filed a harassment claim against Schroeder. At the hearing, Radloff led evidence to show that after receiving the marriage proposal she experienced vomiting, headaches, loss of concentration, insomnia and other stress related symptoms for which she had to seek counselling. She also claimed that she had not been able to work for 12 months because of the stress.

The Tribunal noted that human rights legislation does not prohibit social or sexual relationships in the workplace including relationships between managers and those whom they supervise. Thus, the question was whether, in seeking to have a personal relationship with Radloff, Schroeder had engaged in unwelcome conduct of a sexual nature that detrimentally affected Radloff’s work environment or led to adverse job related consequences for her. Although the Tribunal was unable to find that all of Radloff’s stress resulted exclusively or even primarily from the marriage proposal, it concluded that Schroeder had detrimentally affected Radloff’s work environment and thus harassed Radloff by telling her that she turned him on and by giving her the marriage proposal.

The next case, Government of the Province of British Columbia and British Columbia Government and Service Employees Union (1997), unreported, (Thompson) (“BC Government“), is an arbitral decision. In that case, J was a District Supervisor in the Ministry of Social Services and was A’s immediate supervisor. He was married. J told A that he had feelings for her and discussed his marriage with her saying he had never really loved his wife. They started a sexual relationship which went on for some time. When J’s wife found out, it led to altercations between the three of them and J subsequently told A that he had moved out and was looking for a condo that he was going to buy for A. When A found out that J had lied to her about moving out, she wanted to end the relationship. However, she continued to see him and readily admitted at the hearing that she cared for J even after she wanted to end the relationship, but the relationship continued to sour and J was abusive to A and controlling.

A then filed a sexual harassment claim against J, and J was terminated by the employer. J filed a grievance. Arbitrator Thompson dismissed the grievance and found that J had sexually harassed A. He noted that while a sequence of events could begin innocently, the conduct could become harassment when one of the parties wants to disengage from the relationship but is unable to do so for fear of repercussions. In this case, J was highly influential in decisions about merit increases, transfers and promotions, and A had reason to fear professional retribution. She was alone, was concerned about starting her career and was financially unable to leave the job.

In Chand v. Vig, [1995] B.C.C.H.R.D. No. 5 (“Chand“), Chand worked as a receptionist and telemarketer for a business that was owned by the Vig family. Vig had sexual intercourse with Chand and promised to take care of her and to give her a raise. When he did not keep his promises, Chand threatened to tell his wife. Vig then fired her. Chand filed a human rights complaint, and admitted at the hearing that she had formed an emotional attachment to Vig and that the sexual activity was not coerced by violence or by threats, but that she went along with his demands because she was afraid of losing her job. The tribunal found that this conduct amounted to sexual harassment.

Whether conduct amounts to sexual harassment in any given situation, depends on the specific facts and the context in which the conduct occurs. As well, sexual harassment could take many forms and could either be subtle and indirect or blatant and overt. While the harasser in sexual harassment situations is often male and the person being harassed is often female, sexual harassment could include harassing conduct towards an individual of the same sex. Similarly, sexually harassing conduct need not always occur between individuals who are in a hierarchical relationship, it could also occur between peers. The question to ask is whether the conduct that is complained of, is conduct of a sexual nature that detrimentally affects the work environment or leads to adverse job-related consequences for the victim of the harassment. If the answer is yes, it is sexual harassment, and should be dealt with accordingly. 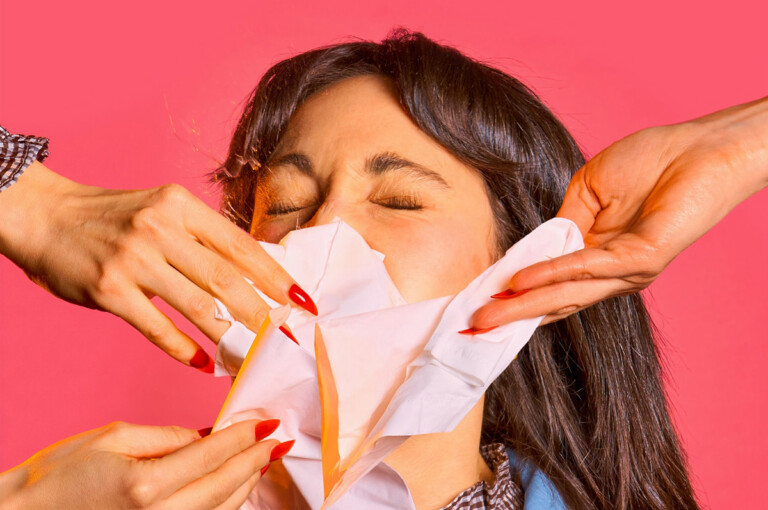